Главная » Статьи » Imagine yourself as a superhero. What superpower would you have?

Imagine yourself as a superhero. What superpower would you have? 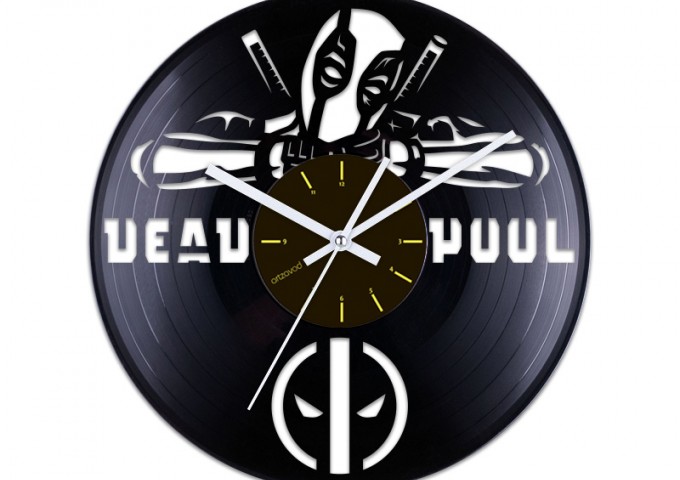 Дата создания: 2017-01-17 Просмотры: 6312
Superheroes attract us with their supernatural powers, unusual costumes and equipment. Let’s go for
to the fantastic world, where we will meet famous heroes of the popular comics of Marvel Comics and
DC Comics: Superman, Batman, the Avengers, Iron Man and Deadpool. They also became heroes of
our vinyl clocks. Superhero vinyl clock is a striking home decor and unusual gift.

Superman is the famous superhero of the DC Comics, created by the writer Jerry Siegel and artist Joe
Shuster. He debuted in Action Comics in June 1938. He is known for his costume with a cape and an
emblem with the letter "S". There are a lot of movies and cartoons, a variety of video games about
Superman.
This fighter for justice has incredible powers: superhuman strength, super speed, vision. He can fly, he
is immune to diseases and toxins, and has extraordinary intellect. The story of the superhero did not
leave us indifferent, so we have developed the Superman vinyl clock. This is a one of the gift ideas.
The Kryptonian is depicted on the Superman clock. Superman record clock is a wonderful gift for all
fans of the legendary comic.


Batman is another famous superhero of DC Comics. He debuted in May 1939. He was created by
writer Bill Finger and artist Bob Kane. Batman does not have superhuman abilities and fight against
evil using his genius intellect and physical training. He is a master of all martial arts of the world, he is
good in disguise. The Dark Knight utilizes high-tech equipment and weapons. The popularity of the
superhero in a bat costume is not reduced. There are lot of movies and cartoons about Batman, the
planned release of several films. Batman also became the character of many video games, in
particular, Batman: Arkham Knight, Batman: Arkham Origins, Batman: Arkham City.
This unusual superhero also became the hero of our series of vinyl clocks. We have developed 6
designs of Batman vinyl clock. There are Batman and his sworn enemy the Joker on the two models of
Batman record clock. Vinyl record clock with Batman can be a wonderful gift for your loved ones.
Batman clock is a great gift for him as every little boy and grown man feels like superhero.

"The Avengers" is the team of superheroes of comic by Marvel Comics. It is created by artist Jack Kirby
and writer Stan Lee. The famous movie with the same name, released in 2012 was based on the
comic. In this movie we meet other superheroes like Iron Man, Thor, Hulk, Captain America, Hawkeye,
and Black Widow. They are gathered by Nick Fury, the head of the organization S.H.I.E.L.D. , to save
the world from Loki.
Each character has unique abilities and equipment. We have developed two models of the Avengers
vinyl clocks. The Avengers vinyl record clock is the original gift for fans of the Marvel Universe and its
superheroes.

Iron man is a superhero in comic books published by Marvel Comics. He is created by writer Stan Lee,
writer Larry Lieber, and artists Don Heck and Jack Kirby. He debuted in Tales of Suspence in March
1963. His real name is Tony Stark. This rich inventor and entrepreneur has genius intellect; he is good in the technical sciences. After the injury Tony Stark creates armor and appears before the world as
Iron Man. His costume makes him incredibly strong. Armor protects him, includes weapons and
allows flying.
Iron Man became one of the favorite superhero for a lot of people. We have created record clock Iron
Man in the form of a silhouette of the superhero. Iron Man vinyl clock is an unusual gift and striking
home decor.

Deadpool is another well-known character published by Marvel Comics, is an antihero. He first
appeared in the comic book The New Mutants in February 1991. Deadpool created by artist Rob
Liefeld and writer Fabian Nicieza. Deadpool can survive after the most severe injuries; he has a genius
intellect and knows martial arts.
We can see the comic hero in films, cartoons, video games. The movie "Deadpool" with Ryan
Reynolds in the title role became the highest grossing highest-grossing R-rated film of all time. This
film has inspired us to create Deadpool vinyl clock. We created two models with this character. Both
of them depict Deadpool with weapon. Deadpool clock is a great gift for all fans of comic book hero.